This was a solid weekend of training. the weather was great and I took advantage of it. I got in a 3 hour bike ride on Saturday followed by a one hour swim and Sunday was a two hour ride followed by a twenty minute run.

Saturday was very very windy which made the ride interesting, it had been a long time since I rode in windy conditions. I was getting blown all over the rode when I went across empty roads with nothing to block the wind. For this ride I used a lot of my usual routes including a climb up sugarloaf. But this time I did something a little bit different. I went headed back on one of my normal routes but went on some new roads that made an “S” shape around the backside of Sugarloaf mountain and then headed back on one of my usual roads. This allowed me to go the entire ride without having to reuse any roads which is nice from a mental point of view to keep things interesting.

Today was another day that I was happy to have my garmin 705 and Powermeter. The Powermeter came in handy because it was so windy and I was able to focus on power instead of speed which would have been worthless because it was so windy. The Garmin came in handy for two reasons, the first was my workout. I had specific power intervals that I was doing with the workout and I was able to program the Garmin to beep at me when I was going to hard or to easy. I was also able to program my new route into the Garmin so I didn’t have to worry about getting lost or taking wrong turns. I was actually surprised that Garmin is able to have a route running and beep the turns at you while doing a workout at the same time. It’s amazing how much this technology has come along in the last decade.

After the bike ride I went swimming. The swim went good not mcuh to say, I got the workout done and I was swimming around 1:40 per 100 most of the time which is good for me. There was a couple of interesting things going on around the pool that are worth mentioning. The first was the guy in the lane next to me with a workout that consisted of swimming 25 yards as hard as possible, hanging onto the wall for 2 minutes and repeating that process for the next hour. He never swam more then 25 yards the whole time I was there. The second thing was at the diving well. A guy went out onto the lower spring board and stood at the end looking scared of the deep water for 10 minutes (not exaggerating) before during around and walking back. So what does he do next? Goes up to the medium height (10 feet?) spring board and repeat the process. What makes you think the 10 ft one will easier and then short spring board? And both times he had a line of little kids waiting the entire time.

Sunday was a two hour bike ride. I took the tri bike outside for the first longish ride this spring. I had been riding it indoors all winter and during my shorter rides during the week so I don’t have to worry about getting use to the position so much. I felt good during this ride the goal power for the workout wasn’t to hard and I am happy with my speed that it resulted in and am looking forward to see how my bike split will improve at my first race in a few weeks. 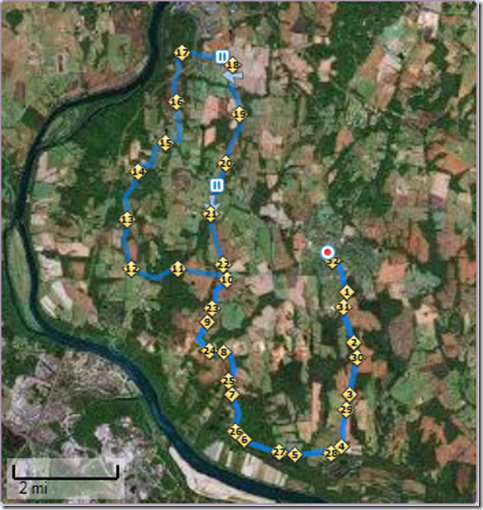 The one thing that was not so good about my workouts this weekend was the brick run after Sunday’s ride. It was a total disaster. The problem wasn’t related to my running it was the fact that I did not eat or drink enough during my bike ride and was totally out of energy for the run. When I got home I had to lay down in the grass for a few minutes I was so exhausted.

I spent the rest of afternoon cleaning up the bikes and getting the grill cleaned and ready for the spring. Grilled Salmon, ummmmm.

This entry was posted in Uncategorized. Bookmark the permalink.